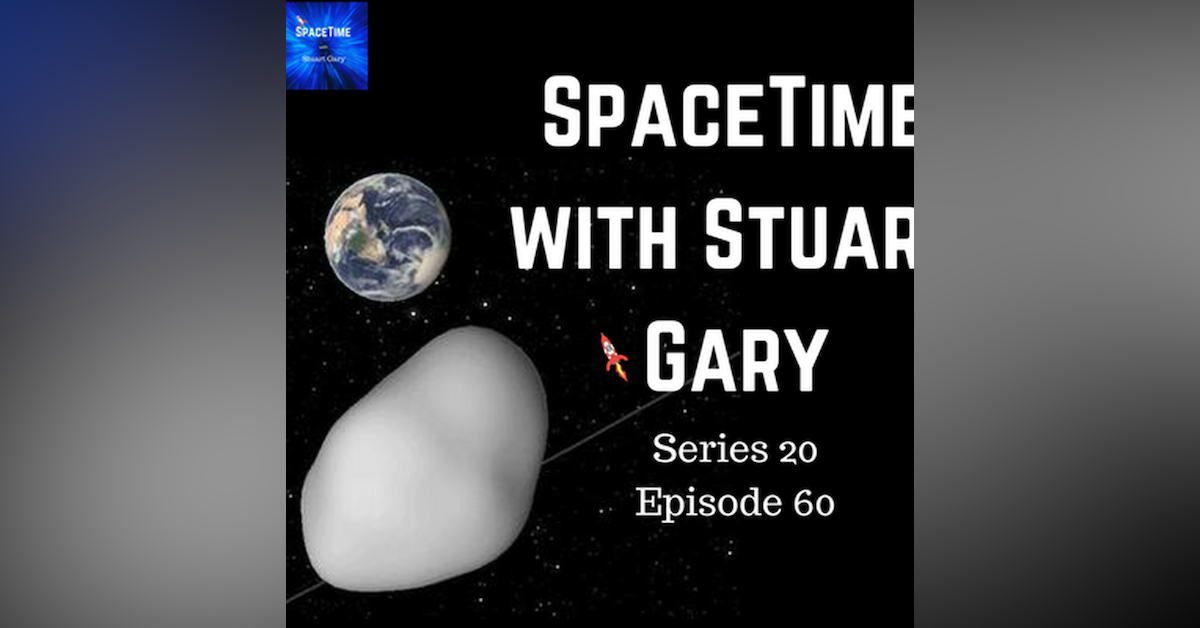 Help support SpaceTime by becoming a patron...and we have rewards for you. Do your bit to keep Stuart fed and housed... details at our Patreon page... https://www.patreon.com/spacetimewithstuartgary

*Planet Earth’s close asteroid encounter On October 12 an asteroid known as 2012 TC4 will fly just 6800 kilometres above the surface of the Earth - far below the orbits of many satellites. The 40 metre wide asteroid won’t hit the Earth this time – but it will be about as close as possible while still passing safely. *The mystery of the cosmic cold spot deepens Astronomers are still at a loss to explain a giant cosmic cold spot in their large-scale maps of the universe. A new study has ruled out the most likely suspect – a gigantic supervoid – leaving the door open for more exotic explanations like a collision between universes.

*Evidence the Higgs turns into quarks There’s new evidence that the Higgs Boson decays into smaller elemental quark particles. Physicists with the Atlas experiment at CERN’s Large Hadron Collider are reporting the decay of the Higgs into a pair of bottom quarks – one of six types or flavours of quark particle.

*New crew arrive on station A Russian Soyuz rocket has blasted into orbit carrying three new crew members bound for the international space station. The Soyuz FG rocket launched into evening skies from the Baikonur Cosmodrome in the Central Asian Republic of Kazakhstan on a six hour four-orbit fast rendezvous flight to the orbiting outpost.