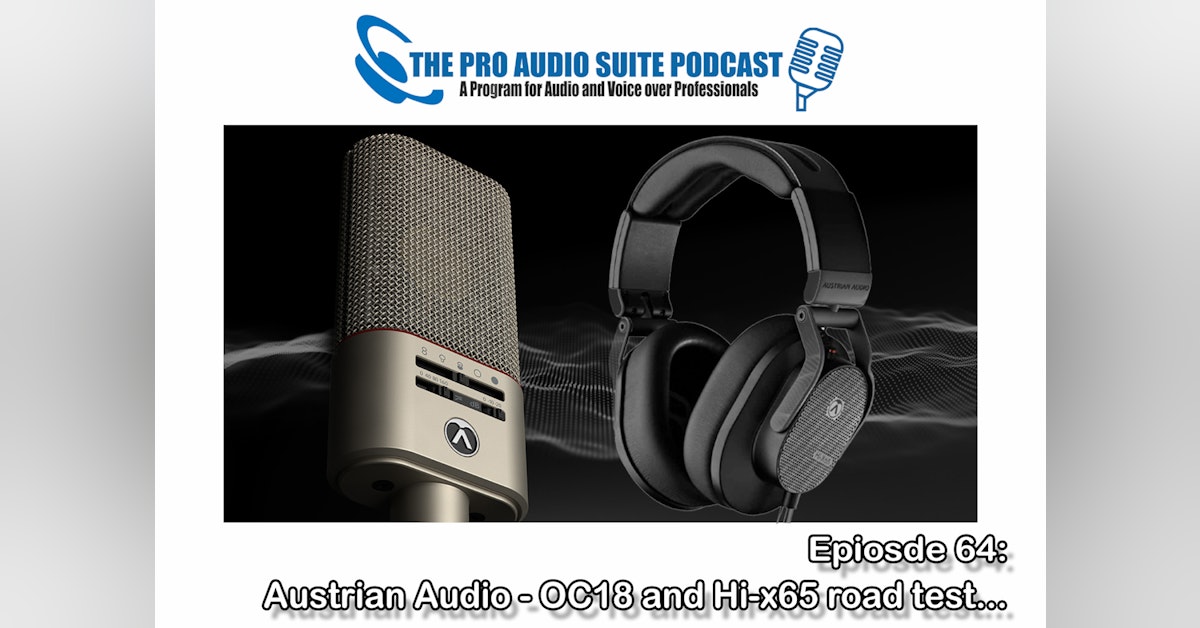 AP makes no secret of the fact that he loves his OC818 from Austrian Audio, and I have to agree that it is a beautiful match to his warm tones. But at $1200 USD it's not exactly a bargain.

So what about its little brother the OC18 ($850)? Not quite as many bells and whistles, but is it even in the same league? AP has one in his hot little hands so we aim to find out.

Also while we were on all things Austrian Audio, we thought we'd throw him in a pair of their new HI-X65's open-back headphones and see what he thought...

The Pro Audio Suite has kindly been supplied with gear from RØDE microphones. We would like to thank them for their involvement with our show, and their generosity. You can see the complete list of their gear here. @rodemic
@rodemics
Rode on Linkedin
https://www.linkedin.com/company/rode-microphones/
We have launched a Patreon page in the hopes of being able to pay someone to help us get the show to more people and in turn hopefully help them with the same info we're sharing with you. If you aren't familiar with Patreon, it’s an easy way for those interested in our show to get exclusive content and updates before anyone else, along with a whole bunch of other "perks" just by contributing as little as $1 per month. Find out more here..
https://www.patreon.com/proaudiosuite

If you haven't filled out our survey on what you'd like to hear on the show, you can do it here:

And the FB Group here: