Was There a Second Dinosaur Killing Asteroid Impact?

The Astronomy, Technology, and Space Science News Podcast.
SpaceTime Series 25 Episode 91
*Was there a second dinosaur killing asteroid impact
Scientists have discovered a massive asteroid impact crater in the North Atlantic Ocean which may have...

The Astronomy, Technology, and Space Science News Podcast.
SpaceTime Series 25 Episode 91
*Was there a second dinosaur killing asteroid impact
Scientists have discovered a massive asteroid impact crater in the North Atlantic Ocean which may have hit Earth at the same time as the infamous dinosaur killing KT boundary event Chicxulub asteroid.
*A close up look at black hole jets
Astronomers have been given their most detailed look yet at the structure of the spectacular jets generated by feeding supermassive black holes.
*Looking at the origins of the Martian Moon’s Phobos and Demos
A new study has confirmed that the two Martian Moons Phobos and Demos were never a single body.
*Another delay for Boeing’s Starliner spacecraft
The first manned test flight of Boeing’s new CST100 Starliner spacecraft has been delayed until next year because of modifications needed following its last test flight back in May.
*The king of planets in stunning new detail
The latest images coming out of NASA’s new James Webb space telescope are continuing to amaze astronomers.
*Artemis 1 final count down
Up to 200 thousand spectators have crowded parks and beaches around Cape Canaveral in Florida as the final count down continues to the launch of the world’s most powerful rocket – the Artemis 1 SLS Moon rocket.
*M2 spacecraft send back their first happy snaps
The University of New South Wales M2 satellites have sent back their first high-resolution remote sensing images.
*China launches another group of spy satellites
Less than a month after its last launch of spy satellites Beijing has sent another trio of Yaogan 35 military surveillance and reconnaissance satellites into orbit.
*Cosmonaut loses power during space walk
Cosmonauts aboard the International Space Station were forced to cut short a planned six and a half hour spacewalk after one of their spacesuits suddenly failed.
*The Science Report
A 70% chance of a third consecutive La Niña.
One in 40 COVID-19 sufferers still can’t smell or taste two years after infection.
Beware the Tomato Virus
How climate change will affect food supplies.
Dogs love their owners so much they cry when they see them.
Alex on Tech: no COVID in 5G after all
Skeptic's guide to skeptical journalism

Listen to SpaceTime on your favorite podcast app with our universal listen link: https://spacetimewithstuartgary.com/listen

Alex Zaharov-Reutt is iTWire's Technology Editor is one of Australia’s best-known technology journalists and consumer tech experts, Alex has appeared in his capacity as technology expert on all of Australia’s free-to-air and pay TV networks on all the major news and current affairs programs, on commercial and public radio, and technology, lifestyle and reality TV shows. 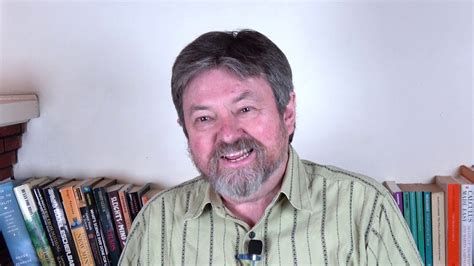